EVES in the Community 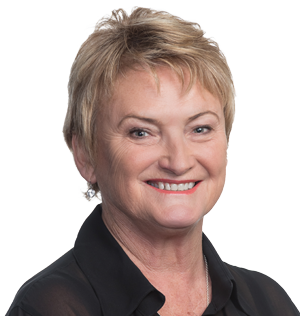 EVES has a long history of community support, firmly believing in giving back and supporting the local community. We have seized the opportunity to support many not for profit, school, community and sporting organisations, believing that this helps improve the quality of life for the people living in our community - whilst helping to build a healthy future for the next generation. We proudly support over 70 organisations through marketing services, as well as financial support...
Read More

Thinking of buying a property? Here’s how to get started.

When you first start to consider buying a home, it can be hard figuring out where to begin. We have compiled our top tips for getting started...
Read More

Once a year we get together as a company to recognise the “best of the best” salespeople, administrators, and offices. This year was no exception to the incredible achievements of many working in the company. For the 9th year in a row, Danielle Hayes from EVES Mount Maunganui took out Salesperson of the Year. This is an incredible achievement, not just because of the hard fought battle, but because of the record number of years she has held this title. The team at EVES Mount Maunganui also took out Office of the Year again, which is a credit to their Manager, Gill Bowden, and everybody else in that office. Congratulations to ALL our people...
Read More

Everything from choosng the right Real Estate Agency and Salesperson, through to effective marketing and timing your sale well, can impact the amount of money you spend in the process of selling your home. It can seem like an exhaustive (and expensive) task for many, but our top 10 tips to save money when selling your property can assist you in getting the best result...
Read More

The EVES annual awards evening was held on Thursday night, celebrating the top performing individuals and offices for the 2021/2022 financial year. The 13 offices across the Bay of Plenty, Waikato and Whangarei areas incorporate over 300 people, from salespeople to managers and support staff. Danielle Hayes from EVES Mount Maunganui was awarded EVES Overall Top Salesperson of the Year for an outstanding ninth year running. The EVES Mount office also took home the coveted EVES Top Office of the Year award.
Read More 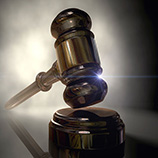 Last week saw the LVD World Auctioneering Championships held in Queenstown. The competition gives auctioneers a platform to enhance and hone their skills in auctioneering, and to celebrate their prowess in the field. EVES had fantastic representation with three competitors - Louis McDonald (EVES Whangarei) and Isaac Jakobs (EVES Gate Pa) both competed in the novice section and Jordan Sievwright (EVES Papamoa) in the senior section.

Louis MacDonald won his pool, qualifying for the final, and Isaac came runner up in his pool, also qualifying for the final. Jordan captured the judges’ attention in his senior heat against some experienced competitors and was right off the cusp of a finals spot. All three competitors did an awesome job in representing the company, and we look forward to the REINZ National Auctioneering Championships which are due to run in Auckland next month.

A Change in Pace

The real estate market in New Zealand is shifting, and this change in pace is being felt in all corners of the country. After experiencing a seller’s market with house prices increasing at dizzying rates in recent years, we are now seeing a short, sharp correction in the property market...
Read More

Rotorua is a popular hub to visit and live. Located right in the centre of the north island, its extremely accessible from the other main centres. With the current population sitting at just over 77,000, it strikes a great balance of city life combined with close proximity to vibrant native scenery.There are 18 lakes in the district, with the area covering almost 2,500 square kilometres. With the abundance of natural attractions and outdoor activities, you can see why the small city has surged in popularity as a place to live and work. Consistently voted one of New Zealand’s most affordable cities to live in, and with the real estate market a hive of activity, its a prime prospect to relocate to...
Read More

Homes that feature swimming pools have always been in hot demand, but there has been an absolute surge in popularity for residential properties with pools in recent years. There are around 40,000 swimming pools on residential property in New Zealand, and with the impacts of the pandemic forcing many kiwis to spend more time at home, there is a lot more importance being placed on enjoying your home environment and creating a lifestyle around this...
Read More

Sight unseen property purchases have increased over the past two years due to COVID in the community and the subsequent Level 4 lockdowns. Fueled by a desire for a change of scenery and lifestyle, many kiwis spent lockdown combing through property websites and looking to relocate to other regions. Buying sight unseen has become not only a feasible way to purchase property, but with the assistance of digital tools that support this process, it can also be relatively straight forward...
Read More