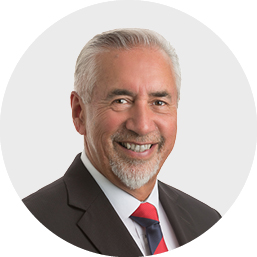 Gordon has an absolute passion for real estate which he shares with his top team of salespeople that make up the team at Cherrywood. His role is to support the sales team in all aspects of the business and to provide the highest level of service possible to vendors and purchasers alike.

Gordon has been in the real estate industry for the past 36 years and has attained the status of Associate of the Real Estate Institute AREINZ and is a qualified auctioneer. During most of that time he was employed by New Zealand’s largest real estate company as regional manager and national trainer which gave him the opportunity to observe the work habits and traits of literally hundreds of people who were top income earners in their field. Recruiting people into real estate was also a key role that Gordon enjoyed because of the satisfaction it gave him when he took people from earning an average income to having an income they had only dreamed about.

In 2008 Gordon was offered the appointment of manager of Eves Realty Willow St. downtown Tauranga, a position that gave Gordon an insight into how Eves operated, how well they treated every person within the organization, their strong ethics and their future vision for the company. What impressed Gordon about Eves was senior management who had been with the company for the past 50 years and that they always took the time to share their knowledge and experience with everyone in the company and consistently provided ongoing training systems, investment in new offices and technology to provide all sales staff with a leading edge over their competitors. In 2014 Eves had the foresight to build a new office in Cherrywood in the heart of Otumoetai and Gordon was appointed manager. During 2016 Cherrywood became the top office in the Eves Realty group and has now attained that status twice more in 2018 and 2020.

For anyone considering a career in real estate and would like to start with the top team within Tauranga’s leading real estate company then they should contact Gordon for an interview.